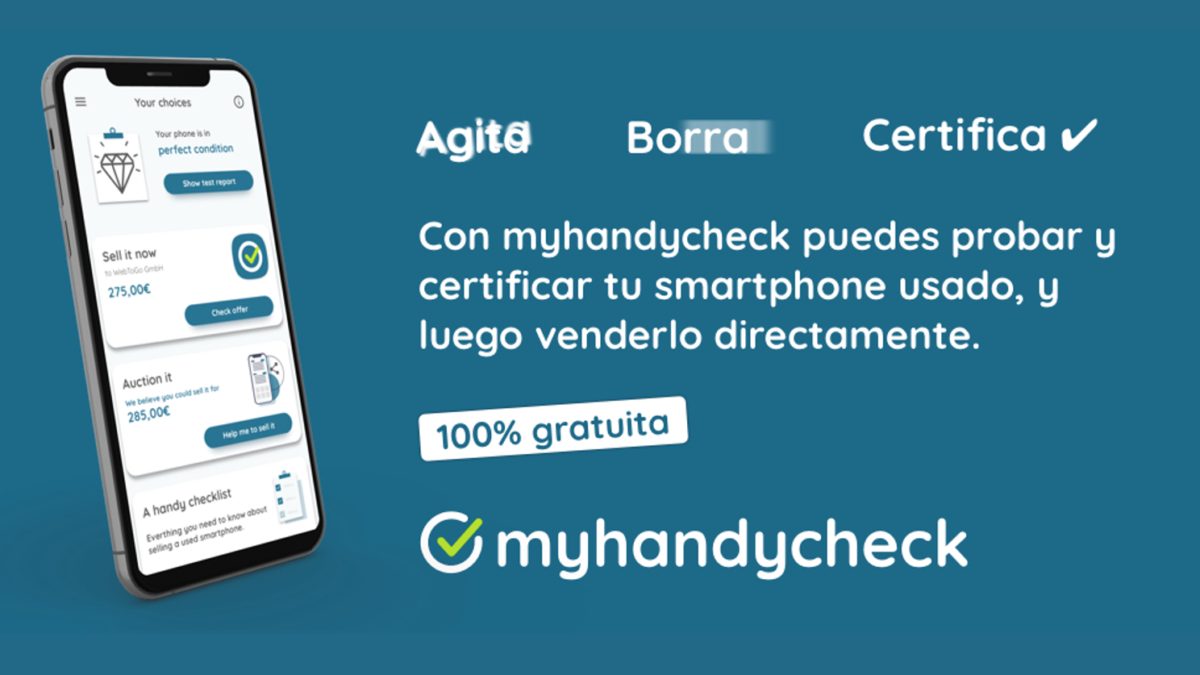 myhandycheck is now available in Spanish and Italian


In its quest to bring used Smartphones out of their owner’s drawers and back into the circular economy, myhandycheck announces that its Android app is now available in two additional languages: Spanish and Italian.

myhandycheck has launched its App to sell Smartphones amongst peers reliably, quickly and safely in Spanish and Italian. The App is unique in digitalising the whole selling process of a second-hand Smartphone. It tests the phone, so the buyer knows what he is buying, recommends a price and creates a personalised and ready-to-use exposé for publishing on marketplaces.

The second-hand Smartphone market is dysfunctional. Handing in your old phone to the retailer, manufacturer or telco or to a refurbishing Company yields a 2:1 spread between sell and buy price. Selling it peer-to-peer is the most convenient option but the process is cumbersome, requiring that the seller remembers the technical details of the phone, takes pictures, guesses the asking price and writes an exposé. And even then, it relies on the buyer’s trust of the condition and legitimacy of the phone and on the seller knowing how to protect his privacy by transferring and deleting his personal content.

myhandycheck revolutionises the consumer to consumer Smartphone market with an App which addresses all these hurdles. It certifies the functional and cosmetic condition of the device with a complete set of fault-proof tests, including battery health and residual life. It suggests a price, based on the analysis of the asking price for the same phone in similar conditions on the most common marketplaces. It generates a personalised exposé including the key features of the phone, the pictures, price and full test report ready for sharing via messaging apps, social networks or marketplaces such as ebay, subito, wallapop or milanuncios. It includes a fast and secure content transfer App, to move or back-up photos, videos, contacts, SMS, Apps and documents directly to any other phone or PC. And finally, it walks the user through removing all accounts & locks, which would make the phone unusable for its new owner.

myhandycheck brings unused phones back into the circular economy in an easy and fun way by adopting a pleasant UI and elements of gamification. It is currently available on the Play Store in Spanish and Italian, while the iOS version will be launched soon.

The team of myhandycheck has set itself the goal to revolutionize the sale of used smartphones. Today the seller receives a bad price for his mobile phone in the shop or with online buyers because of the manual check processes. A direct sale to private individuals is not only a complicated process, but also does not achieve fair prices due to the uncertain condition of the device. Many people leave their old devices in the drawer because of worries about private data or lack of assistance in the process. The myhandycheck app addresses all these obstacles directly.

myhandycheck is a brand of WebToGo GmbH. WebToGo has many years of experience in the diagnosis of mobile phones (for manufacturers, network providers and insurance companies, among others) and the provision of mobile solutions for the telecommunications industry.
Further Information: www.myhandycheck.com 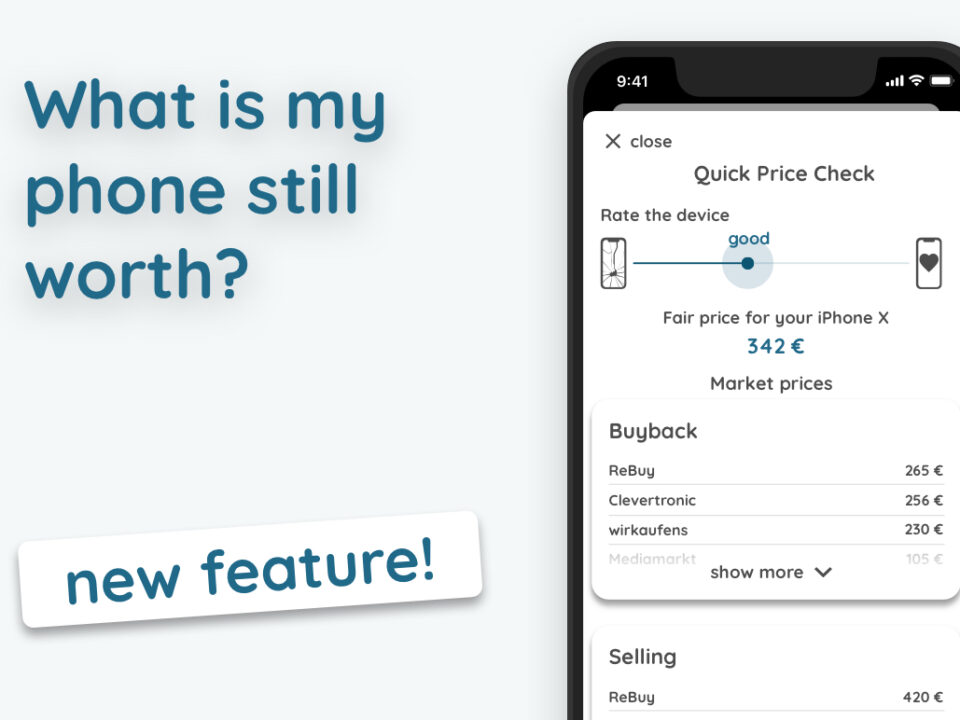 What is my phone actually worth? 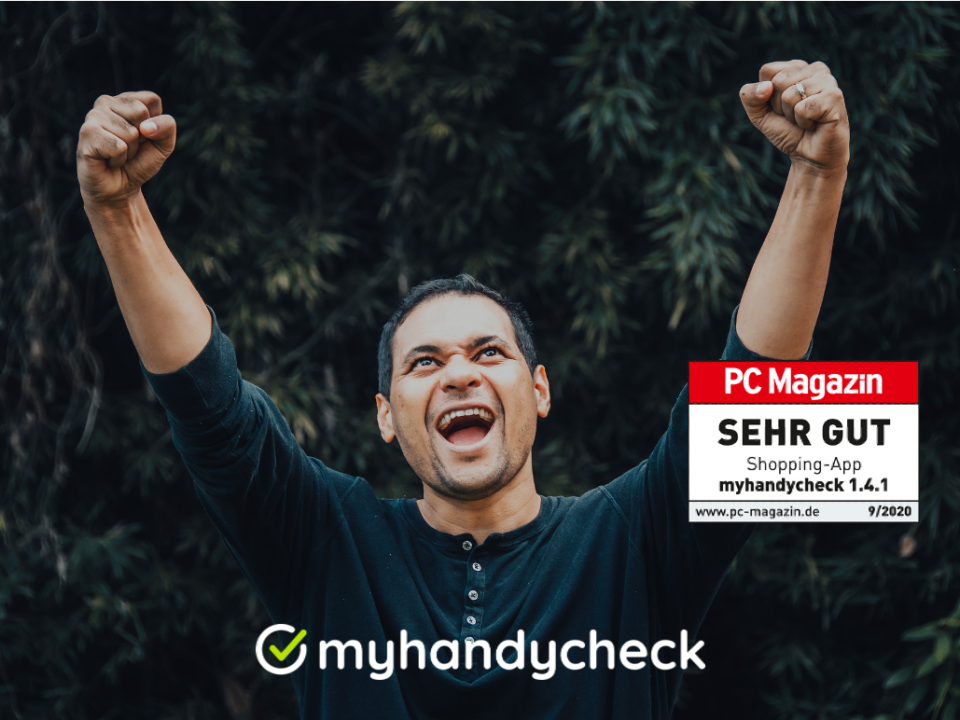 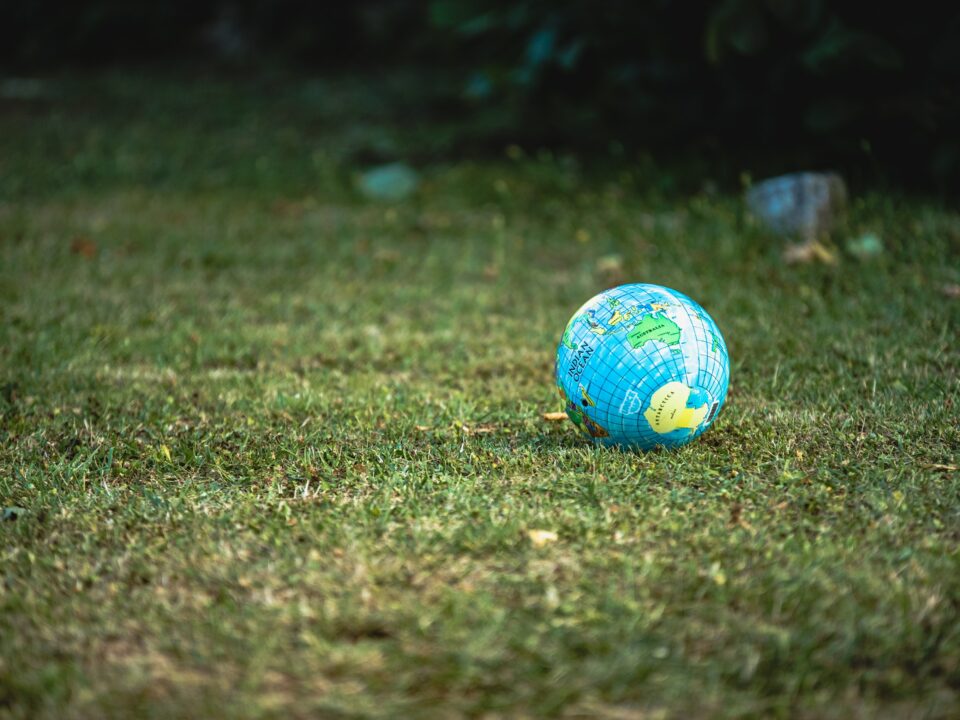